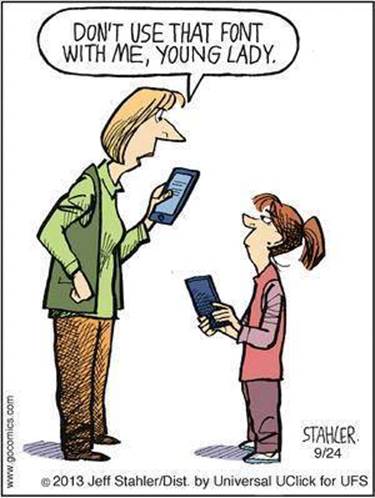 “Teens and young adults remain one group of people that can be publicly disparaged with almost no condemnation,” writes psychologist Chris Ferguson. “A vein of true loathing runs through much of the discussion. And until we’re honest about that it will continue to produce urban legends and junk science.”

A recent example of the American news media’s relentless effort to slander young people today as more dangerous at younger ages, the Associated Press issued a story based on its own “review of national statistics” that was widely carried in the broadcast and print media.

America’s media—a cesspool of hostile fiction about today’s young people. After a year at this, it’s clear that it’s useless to continue refuting the garbage the major and alternative media gush about teens and young adults. Believe nothing you read or see about youth in the media.

The Huffington Post and Daily Beast continue their atrocious culture-war hate campaigns against modern youth with junk reporting uncritically recycling the unfounded claim from a scam survey that teens (but not adults) “support torture.” On youth issues, there is no “alternative” or “progressive” media—right to left, corporate to alternative, it’s all the same old anti-youth panics.

National Campaign to Prevent Teen and Unplanned Pregnancy, responding to YF’s New York Times op-ed debunking myths about teens, adds another myth by weirdly denying the Campaign ever hyped “sexting”—proving again why they’re right to be embarrassed about their record.

“90 pregnant teens at one Memphis high school”! Like the equally nonexistent Gloucester “teen pregnancy pact,” this turns out to be just another phony media splash, a YouthFacts investigation finds. But not before Girls Inc., Kim Kardashian, and a host of other grandstanders grabbed some national limelight spreading moralistic foolishness and rotten statistics.

Commonsense.org running all those scary PSAs showing young girls dancing to salacious music videos and young boys playing violent video games is just recycled Tipper-Gore foolishness. Damn right, as they warn, “the world has changed”—teens, and the way they consume media, have gotten better and better as their parents have gotten worse.

Is Jean Twenge a narcissist?

The San Diego State University psychologist who has emerged as a major-media “expert” relentlessly denigrates young people as “narcissists.” But her own books, webpages, and commentaries reveal that by her own criteria, Twenge herself suffers from serious narcissistic tendencies so hypocritical they approach the comical. Why does anyone take her sloppy, mean-spirited anti-research seriously?

Suicides among teens drop again, preliminary 2006 figures show, exposing panic mongers and pharmaceutical companies’ self-serving crusades to terrify parents and reduce drug regulation. And that “increase in teen births” in 2007 fueling yet another sex-ed/teen-bashing squabble? The latest vital statistics report shows it occurred only among 18-19 year-olds (whose partners nearly always are men age 20 and older), not the high-schoolers (whose birth rates stayed the same) and middle-schoolers (whose birth rates declined to an all-time low in 2007 the squabblers obsess over. And marital births continue to plummet among all ages. What would the youth-fearing lobbies do if they had to tell the truth?

Al Roker, go back to the weather and game shows

Al Roker, go back to the weather and game shows. Your cheap, sensationalize-teens junk show “Al Roker Investigates” on Court TV not only ain’t finding much (Chicago Tribune), you just don’t have what it takes to get beyond phony, same-old same-old anti-youth drugs, sex, heroin, and media scares that have produced rotten journalism for decades. Note: Teens account for just 1% of heroin deaths and 2% of illicit drug deaths overall. The real “Generation Rx” is their parents—Baby Boomers, who account for 60% of heroin deaths. Haven’t got the guts to take on the tough reality that parents, not kids, are the worst drug abusers? That kids are safer online than in church or their families? Then please: shut up.

Do sexy TV shows and evangelical religious beliefs cause more “teenage pregnancy”? Do violent video games and internet sites cause more violence among youth? Does smoking in movies cause more teens to smoke? An avalanche of highly questionable “studies” are being featured in sensational news reports that present popular notions and easy answers to youths’ behaviors. Here are my analyses, posted on the Pediatrics journal review site, of two recent, much-cited studies claiming sex in TV shows causes “teen pregnancy” and violent internet sites spur serious violence by youths. More to come.

Teens, like adults, can suffer violent relationships. But wild claims of uniquely high levels of widespread, rising intimate partner violence among teenagers is a hoax refuted by every reliable information source, including the National Crime Victimization Survey. Teens are no more likely than their parents to have violent relationships, dating violence has plummeted sharply over the past decade, and media and program discussions should drop their panicky, exploitative claims and reflect the respect for young people they demand of them.

The Gloucester “teen pregnancy pact” has now been exposed as just another media and “official” fiction that disgraces every interest involved in spreading it. Even after having been hoaxed on every detail, however, media reporters mindlessly continue to repeat the dubious claim of a “spike” in “teen pregnancies.”

CBS Evening News’ latest hysteria continues to show the news media has no clue how to report the 88% of violent crime and 95% of homicides the FBI reports are NOT caused by juveniles—and no interest in facts. Then, CBS’s ludicrous “Secret Life of Teens” series, relying on self-interested net-nanny hawkers and consultants, misrepresents (yet AGAIN) teen-internet life as apocalyptically perilous. Can reporters today say anything fair or accurate about youth… or even new?

Why are “experts” so traumatized by “Kid Nation”?

The CBS reality show about 8-15-year-olds cooperating to restore a New Mexico ghost town, is igniting a mental-health, pundit, and culture-war-nanny panic so absurd you have to wonder whether its visual depictions of youthful independence, empathy, and competence are what really have the grownups so scared. Should we require V-chips to protect these “experts” from a TV show that so clearly traumatizes them?

The “Lindsay’s the EveryGirl” lynch mob

Bad enough that the American news media relentlessly exploit celebrity gossip. But it’s excruciating when reporters, commentators, and self-serving treatment “experts” cast troubled young stars as symbols of all “young people today.” If the Associated Press’s and other miserably crass reporters want a poster child for a generation packed with drug and alcohol addiction woes, try Lindsay’s dad from hell.

Beating up on girls

The distorted, poisonous attack on today’s girls and young women as meaner and more violent, depressed, materialistic, shallow, etc., by authors, the news media, and interest groups across the spectrum reveals the cruelty of commentators apparently threatened by the spectacular advances in health, safety, and better attitudes among Millennial females.